What Is Hospice Anyway? 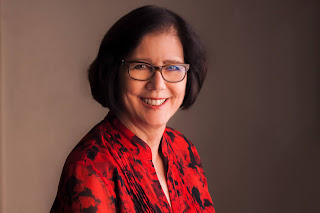 There is no guidebook on when and how to stop treatment of a terminal illness. On Sunday, February 16 at Crowell Public Library, author Kathleen Vallee Stein will share her family’s experience with hospice which she chronicled in the book, Loving Choices, Peaceful Passing: Why My Family Chose Hospice.  Ms. Stein will offer an intimate account of how the myriad end-of-life decisions affect a family.  Bob Vallee had the courage to accept his impending death and lived out his final days at home in his daughter’s care. He passed peacefully, in his sleep, twenty-nine days after entering hospice.

Ms. Stein’s personal experience as a family member, not as a doctor or hospice nurse, provides a window into how to solve problems of mortality, of caring for a loved one, and of the terrors and rewards of responsibility. She presents a lens-shifting view of role reversal as she takes on more, and sometimes unexpected, responsibility for her parents.  Stein also contends with the onslaught of family issues, such as when her estranged brother showed up and resurrected family feuds and unleashed sibling rivalry.

The topic of hospice is monumentally difficult for families to discuss. Most Americans want to pass peacefully at home, but sixty percent die in acute care hospitals and another twenty percent in nursing homes,* often enduring aggressive and futile treatment. Stein’s candid recounting of her difficult, but also transformative journey can allow family members to talk honestly and plan ahead, thus avoiding unnecessary pain and suffering for their loved ones, and for themselves.

Kathleen Vallee Stein was the Manager of the California Department of Aging's Health Insurance Counseling and Advocacy Program (HICAP) from 1989 to 1995. Her opinion pieces have appeared in the Christian Science Monitor, Los Angeles Times, Los Angeles Daily News, Pasadena Star-News and the Jewish Journal of Greater Los Angeles. Visit her at valleeview.com.

Posted by Reference Librarian at 5:40 PM

Prepared: What Kids Need for a Fulfilled Life 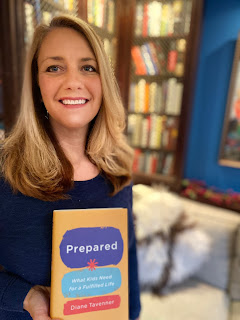 When Bill Gates places a book title in his top five for the entire year, people sit up and notice.  And they take advantage of opportunities to learn more, as when Diane Tavenner comes to Crowell Public Library to discuss Prepared:  What Kids Need for a Fulfilled Life.  “Preparing our kids for college, a career, and life is a long journey,” Gates writes. “Diane has written a wonderful guidebook to help all of us make the most of the adventure.”* Because of the significance of this title, Crowell Library will offer Tavenner’s program at two different times on Wednesday, January 29:  9:00 am and 7:00 pm, so that working parents and stay-at-home parents can all benefit from Tavenner’s expertise.  The program will be moderated by Beyond the Book’s Julie Lin.

Diane Tavenner is the cofounder and CEO of Summit Public Schools, one of America’s most innovative public school networks. Gates visited a Summit school several years ago and was “blown away” by his experience there. In Prepared, Tavenner explains the philosophies on which her schools are built: self-directed learning, project-based learning and mentoring. She shares a blueprint for how parents can stop worrying about their children’s future and start helping them prepare for it.  She will give tips on what students need to succeed in college, thrive in the workplace and lead confident fulfilled lives.  Tavenner has worked as a school teacher, administrator and leader in traditional public schools throughout California.  She has an undergrad degree in psychology and sociology from USC and a master’s in administration and policy from Stanford University.

Beyond the Book with Julie has been bringing book authors into homes and businesses for over two years.  Authors such as Julie Morgenstern, Drs. Harville Hendrix and Helen LaKelly Hunt, have sat down with Julie for interviews about the journeys that brought them to write books and how they hope to inspire, educate and make real differences in people’s lives. Julie Lin, born and raised in Southern California and a graduate of San Marino High School and USC, has worked as a morning news anchor, producer and show host for a CBS affiliate.

Posted by Reference Librarian at 6:34 PM

The Chinese in American Feature Films 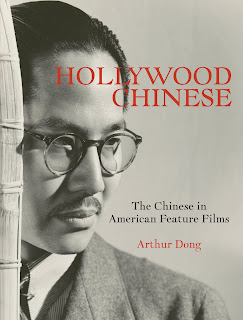 Crowell Public Library is happy to welcome back Arthur Dong, whose latest book, Hollywood Chinese: The Chinese in American Feature Films, provides a spectacular view of the Chinese American impact on the movies.  On Tuesday, January 28 at 7:00 pm, Arthur will discuss some of the earliest films set in America’s renowned Chinatowns as well as contemporary hits and artists that are remaking the face of Hollywood.  His lavish coffee-table book is not only an opulent and entertaining look at some of the movie world’s most fascinating characters, it also illustrates the myths, misconceptions, and memorable moments of the Chinese and Chinese Americans in films made in the United States.  It vividly captures the drama inherent in how Asian cultures have been portrayed by Hollywood studios.  Although Hollywood Chinese centers on the Chinese, its analysis will resonate with other ethnic and marginalized groups as well, challenging racist assumptions about minorities in America, biases that were especially pervasive in early Hollywood films.

A San Francisco Chinatown native, Arthur Dong is an Oscar-nominee, a Peabody and Sundance
award-winning filmmaker, author, and curator whose work centers on Asian American, and LGBTQ stories.  Dong has curated exhibitions showcasing his extensive archive of cultural ephemera, including Chop Suey on Wax: The Flower Drum Song Album, Forbidden City, USA, and his most recent, Hollywood Chinese, on display at the iconic Formosa Café in West Hollywood.

Posted by Reference Librarian at 7:08 PM